Warning: "continue" targeting switch is equivalent to "break". Did you mean to use "continue 2"? in /home/destinatio/public_html/wp-content/plugins/revslider/includes/operations.class.php on line 2758

Warning: "continue" targeting switch is equivalent to "break". Did you mean to use "continue 2"? in /home/destinatio/public_html/wp-content/plugins/revslider/includes/operations.class.php on line 2762

Warning: "continue" targeting switch is equivalent to "break". Did you mean to use "continue 2"? in /home/destinatio/public_html/wp-content/plugins/revslider/includes/output.class.php on line 3689

Warning: "continue" targeting switch is equivalent to "break". Did you mean to use "continue 2"? in /home/destinatio/public_html/wp-content/plugins/soonr-coming-soon/framework/extensions/customizer/extension_customizer.php on line 274

Warning: "continue" targeting switch is equivalent to "break". Did you mean to use "continue 2"? in /home/destinatio/public_html/wp-content/plugins/soonr-coming-soon/framework/extensions/customizer/extension_customizer.php on line 287

Warning: "continue" targeting switch is equivalent to "break". Did you mean to use "continue 2"? in /home/destinatio/public_html/wp-content/plugins/soonr-coming-soon/framework/extensions/customizer/extension_customizer.php on line 313

Warning: "continue" targeting switch is equivalent to "break". Did you mean to use "continue 2"? in /home/destinatio/public_html/wp-content/plugins/soonr-coming-soon/framework/extensions/customizer/extension_customizer.php on line 325

Warning: "continue" targeting switch is equivalent to "break". Did you mean to use "continue 2"? in /home/destinatio/public_html/wp-content/plugins/soonr-coming-soon/framework/extensions/customizer/extension_customizer.php on line 344
 Middle East – Destination Perfect
UK: +44 (0)161 872 1773 | Spain: +34 952 49 20 47 info@destinationperfect.com

The Middle East is a land inseparably bound to the human past, present, and future. Since recorded history, it has been a relic of antiquity and a herald of things to come. The same characteristics that defined this part of the world during Greek and Roman eras still hold true to this day.

While its scope of time may be hard to imagine, the Middle East offers visitors a chance to see and touch the essence of history through personal experience. Here, the past is as much a part of the scenery as the trees, the sands, and the seas. Today, the Middle East is a dynamic and alluring mix of cultures and cuisines in a landscape of dreamy horizons, time-honored and futuristic cities — and a spectacular, living history.

When we think of one of the great cradles of civilisation, our thoughts are likely to travel to the soaring pyramid peaks, hidden tombs, and otherworldly monuments of Egypt. Here, the remnants of an early civilisation are as colossal as they are ancient. Egypt is a place where the splendor of history rests eternally among a backdrop of grand desert landscapes, thriving riverbanks, and vibrant delta oases. Just like in ancient times, a journey to Egypt is a journey of discovery and wonder. From exploring secret tombs in the Valley of the Kings, sightseeing famous monuments such as the Great Pyramids and the Sphinx of Giza, to mingling with an enduring North African culture, the excitement of a desert journey on camelback through the Sahara, taking a mesmerising Nile cruise through history, exploring picturesque cities and villages in the Nile Delta, and relaxing beachside on the coastlines of the Mediterranean and Red Seas, Egypt lets you experience a sense of timelessness that is outright infectious.

Jordan is a symbolic Middle Eastern crossroad where ancient travelers of every kind—from explorers, traders, armies, and wanderers—have passed, many of whom left traces of their presence in the form of monuments and architecture dating back to a wide-range of historical eras. And just like travelers of the past, when you visit Jordan, you’ll notice that the landscape is quite unlike any other place on earth. Here, mountainous desert valleys and rocky canyons blend seamlessly with sandy plains and fertile riverbanks. Jordan is home to several World Heritage Sites and protected areas so rare that they have been a frequent background in movies of every genre ranging from fantasy and adventure, to space, history, and epic films. These include Petra, Wadi Rum, and Quseir Amra — to name a few. When you’re not sightseeing its wonders or exploring its hospitable towns and cities, you can take a relaxing dip in the Dead Sea—one of the most buoyant waters on earth—or partake of Jordanian cuisine, which has been shaped by centuries upon centuries of local and traveling cultures.

As a landmark of history, the country of Iran has been the center of a series of dynastic empires for thousands of years. Still and often called Persia in western countries, Iran is the site of one of the oldest civilisations on earth, where one powerful empire after another took place to leave an enduring mark on culture, history, and the world. This country is an explorer’s wonderland — where lavish palaces of the Pahlavi and other dynasties, the ancient tombs of Naqsh-e Rustam and the tomb of Cyrus, and countless other spellbinding archaeological sites offer a glimpse into a past of such intricacy that it’s pleasantly hypnotic. Traverse the cityscapes of modern Tehran, behold the colorful tapestries of light in Pink Mosque, indulge in world-famous Middle-Eastern cuisine, or explore the countryside, where old city skylines, mountains, forests, and star-filled desert landscapes await the adventurous traveler.

What to hear more? Dubai in the UAE is a desert oasis of glimmering skyscrapers and the azure-colored waters of the Persian Gulf. One of the first things you’ll notice here is the piercing heights of the Burj Khalifa — the tallest building in the world. Dubai is an ultramodern urban landscape where revolutionary architecture and tourist attractions are all part of the culture. Shopping, luxury, and leisure await you in every form. Neighboring Oman is a haven for outdoor activities including desert safaris across the Sharqiya Sands, mountain trekking on Jebel Shams, and venturing onto Ramlet Jadilah — the highest sand dune in the world. Then there’s the glamour of Beirut in Lebanon. A city jutting prominently into the Mediterranean Sea, Beirut is a world-famous destination for beach resorts, a warm and fashionable climate, and spirited cuisine — greeting visitors amidst a landscape of modern and old-world architecture and a backdrop of scenic mountains. 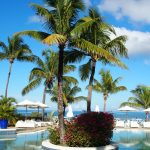 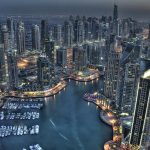 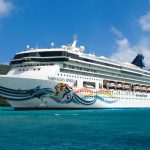 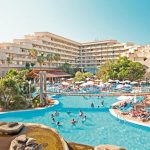 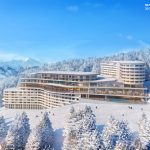 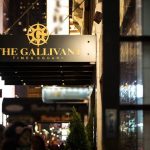